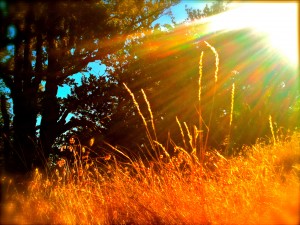 I open my eyes to see waves of golden angel wings. They are bursting with bright yellow lights streaming from the heavens above. I stretch out my hands and fall to my knees in the grasses that catch my little body. My heart feels the angel songs like singing hummingbirds, so soft and gentle. Tears flow to know of love’s light shimmering from the sweet angels. We are always here they whisper. 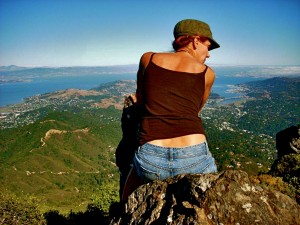 What is the biggest spiritual moment in your life? A zen moment, a moment of connection to the Universe or a moment of ecstasy with the All That Is! What is your Ah-ha moment? A moment of great inspiration or calm knowingness? A place where you felt all is good in your heart? A moment when you lost track of all time creating a painting with wild orange and reds? Or holding your loved one in your arms? A moment when the Universe seems to let you know all is right or a great inspiration arises…

Here on the very top of Mount Tamalpias in California my heart feels this euphoria. I feel a great gratitude for being alive to see such beauty before me. I have a feeling of being…. well, “on top of the world”! I can see for hundreds of miles out into the oceans infinite blue meeting the seamless skies above. I smell the fresh sea air. I see the peoples of this land finding their ways through the day scurrying here and to there to make a good life.

I see the lakes that feed the waters for the city dwellers to quench their thirsts and wash their children. I see the hawk flying into the bright winds. I feel the warm sun on my back and the strong rock below holding me. This rock, this land holds me to live the life I live every day and I have so much gratitude to be here. To be alive and witness the beauty before me and to be a part of this wondrous world! 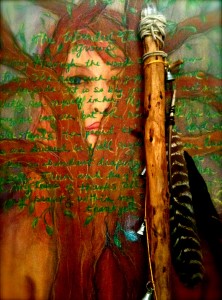 who we are changes, we change to know we can be more, but who we were, was also enough.

we are all of who we are at any given moment. we are enough. we are everything! 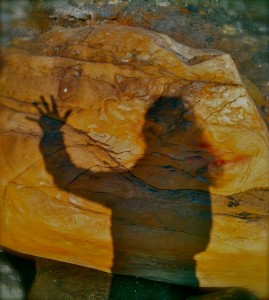 where am i, who am i…. there is a stirring in my voice that has been hidden underneath the layers of earth for seven seas have flowed over me. I remember riding a she dragon, her scales the colors of labradorite, blue green transparent layers of light between worlds. I remember the day I was born a million years ago where i was only a part of the seawater sands waiting.

i look into the rocks that were once the bottoms of the oceans waves and i know where i came from. i see the blue within the cells of the rocks essence. we are the same, we know the secrets of the she dragon’s lair. we know where they live inside the earths red rock caverns and wait for our return. to set us in our place of remembering who we really are. dare we ask to know ? 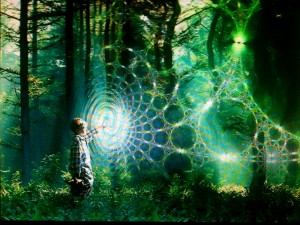 We are a part of the Matrix of all things ~ the Quantum Field ~ the God Space ~ the All That Is ~ Goddess Life Force ~ Whatever you like! When we open our Hearts, I mean really open our hearts where it hurts, there is the infinite Love and we are tapping into this Matrix of Light. It is Ecstasy and is the Creation Energy. This is the wellspring of all creativity.

Even when we are not feeling so loving or grumpy or in pain as being human is a complex endeavor, we are still affecting the matrix that we are all a part of and it affects us. When you dip your finger in consciously like this boy is, we are consciously connecting to what we would like to create. This is pretty exciting stuff! The movie “What the Bleep” is all about this magnificent opening to Quantum Physics.

This is our truest empowerment ever. That we are creators and creatresses. We can make a difference by each thought we think creates a ripple in the matrix. If everyone on the planet all at the same hour, all felt love in their hearts, this could potentially change the world. An apex of love on the entire planet for a whole day. Love and Forgiveness and Compassion for a whole week? What about a week and a little bit more? A whole year? Decade? Millenium? Now your talkin’! 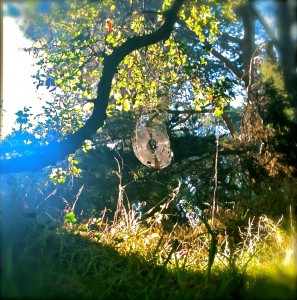 In the heat of the summer morning I see this beautiful web of light. A spider walking up and down legs dangling from one corner to another like steps she climbs. Her goal is to catch her supper and then breakfast. She works hard at first to bind each thread to the next and knows exactly what to do. She was born with this engineering knowledge and did not need to go to school at all. She thinks people are so funny to try so hard to do these intricate weavings that she does with delight.

There is magic in this web to lure those unsuspecting flies and bugs of deliciousness! Spider makes sure that the trees support her web securely and how she gets from tree to tree is a great secret not told to humans. I suspect the fairies with wings have helped her to do this but, she will not give her secret away.

I have heard there are stories woven into each spider web thread by the Great Grandmother Spider. This way she passes on all her history through the stories that are told and retold to the next generations children, and to the spiders of coarse. The story for today from the thread to the left that goes like this….

Once there was a time where the big people, adults, had lost their ways of the earth. They forgot to speak to the Earth Mother and to tell her how much they appreciated her lovely strawberries, her coconut milk, her wonderful peaches and most of all ~ all her creatures. The starfish, the robins with red bellies, the crickets who sang the people to sleep in the summers night. There grew a loneliness in the big peoples hearts. A sadness grew so big that they forgot they were a part of this Mother Earths Essence.

There began to be a stirring in the little ones of the planet. The new children coming through started to come with a new wisdom that had gotten lost. The little ones called indigo children are the ones carrying the star light in their hearts. They know the stories of where we came from, they know the story that we are made of stardust. These little ones came in great numbers being born onto the Mother Earth to wake up the big adults who had been very lonely.

The little ones touched the cheeks of the lost people and looked into their eyes, deep inside to touch their soul and then they remembered who they are. They could see within the loving eyes of the children and remembered how to love the Mother Earth. To receive the sun’s light every sunrise into their hearts and rejoice being alive and opening their hearts.

Grandmother Spider and all her spider children are weaving more stories and very happy they are being heard to retell to the next generation and the next. Remember to tell the stories that you would like to hear she says!